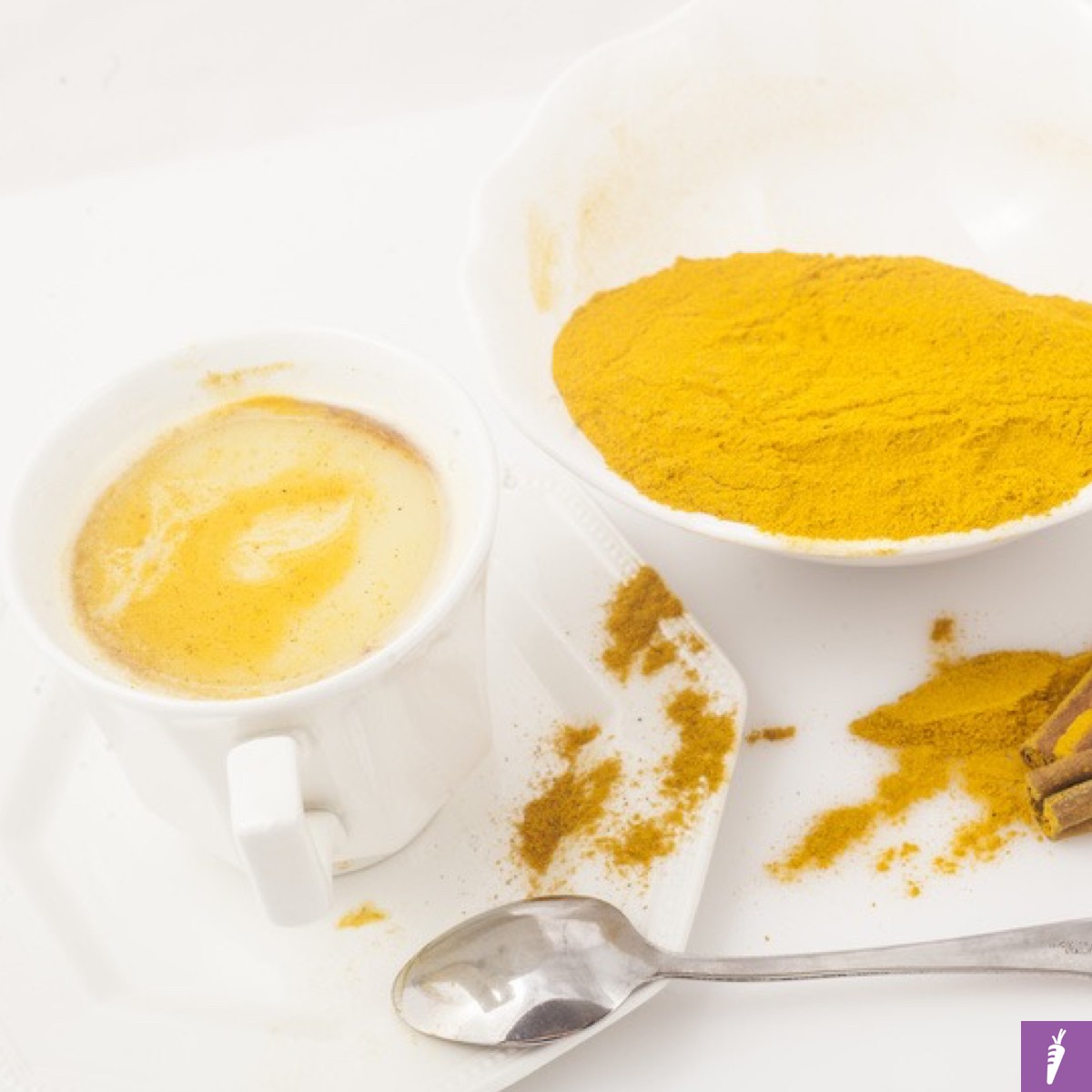 ‘Let food be thy medicine’ … that old adage from old mate Hippocrates that gets touted about on what seems like almost a daily basis. While it’s true that we are what we eat (or, more accurately, we are what we absorb), this saying often inspires eye-rolling from some in the medical community. Cue Turmeric, the yellow root that has been used as a staple spice in Indian cuisine for centuries and has one of the most extensive histories as a potent antidote in Ayurvedic medicine. Increasingly, the healing properties of this ‘superfood’ are being noticed by modern medicine, to the point where it’s not uncommon to see turmeric beings old in various forms (powder, drinks, capsules) in mainstream pharmacies. It is the curcumin (or active ingredient) in turmeric that is responsible for the humble root’s numerous health benefits. Let’s take a quick look at some of the reasons why this FODMAP friendly vegan tries to include turmeric at least once on a daily basis:

The great thing about turmeric is that it is relatively low-cost and can be added to a range of dishes – everything from soups, curries, casseroles, patties, to juices, smoothies, desserts and puddings … the list is endless! One of my favourite ways to enjoy turmeric is by making myself a turmeric latte. This drink has become quite trendy as of late, permanently replacing my 11am morning coffee. The spices still give me that “zing” without the caffeine, while the plant-based milk provides me with a little extra nutrition (particularly protein, which some vegans struggle to get enough of). However, the main reason I look forward to my morning turmeric late is that I find it instantly soothes any sort of digestive discomfort I may be experiencing after my mid-morning snack or breakfast. For this reason I’ll generally have two a day – one mid-morning and one after dinner when I’ve had a full day of putting my digestive system through the ringer. I like my latte strong, but if you’re new to turmeric lates I’d recommend, like anything, you start small as there are a number of spices that, despite all being FODMAP friendly (turmeric, black pepper, cinnamon, ginger), may be a bit of a shock to the system if enjoying for the first time all at once.

While every now and then I’ll make the turmeric blend myself, this is becoming a less frequent occurrence because a) I find it difficult to get the exact quantities of each spice just right so that one flavour does not overpower the other (I’ve had a few rushing to the toilet due to a black pepper overload episodes!), and b) I’m time-poor and, quite frankly, sometimes just too damn lazy!

Recently I discovered Golden Grind’s range of organic turmeric late mixes. Here’s just some of the reasons why I’ve fallen in love with this range:

Best of all … turmeric lattes are incredibly easy to make! Here’s how:

Tip: I am known to make myself a vegan “turmeric latte affogato” using a scoop of nana ice cream.

Let me know how you go if you decide to try a turmeric latte… trust me, your tastebuds and overall health will thank you for it! 😀