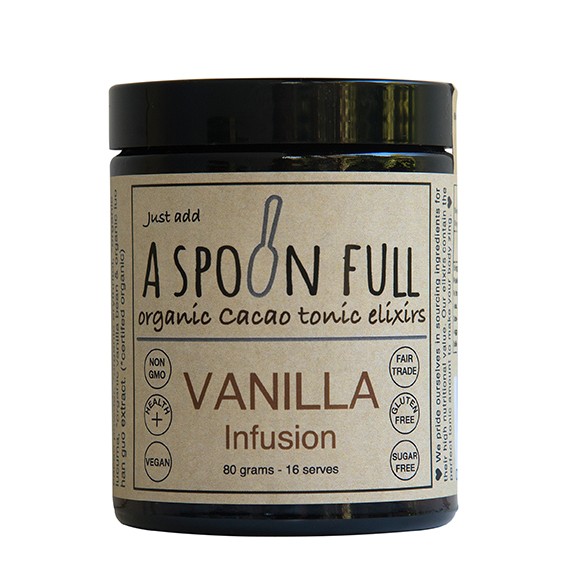 Oftentimes when people think about drinks that can aid digestion, they picture these disgusting fibre-filled pond-water looking contraptions that taste just about as good as they look. Sure, there are some widely available supplement drinks that may contain ingredients that have been linked to improved digestive health. But here’s a sneaky secret: good old fashion herbs and spices can have an equally (if not better) effect on promoting digestive health and alleviating symptoms of IBS … and they are a fraction of the cost. My beef with digestive supplements you find in mainstream pharmacies nowadays is that a) they cost a bloody fortune, b) the ‘ingredient list’ reads like a chemical s***storm (yup, even the ones in the ‘health food’ aisle!), c) they contain a bunch of flavourings, gums and emulsifiers that can actually contribute to bloating and reflux, and d) they’re simply unnecessary. Clever marketing makes you believe you NEED these products if you have any chance at resolving your digestive woes … but this couldn’t be further from the truth.

Mother Nature has always got your back. When it comes to improving health, taking a step back and revisiting health-promoting strategies used by our ancestors can be of great help. Traditional Chinese Medicine (TCM), which utilised native plants and herbs, is a good reference point if you’re looking for an alternative but effective way to enhance your well-being and help alleviate health concerns, including digestive symptoms. Note: I am not bagging on Western medicine! There are certainly times that call for it. Alleviating digestive symptoms caused by IBS is not one of them.

Enter Made with Raw Love’s range of all natural elixirs. I love the ethos and products of this company just as much as I love its CEO. Jo is one of the kindest, sweetest souls you’ll meet. Her love of whole foods came after experiencing some horrendous health issues herself.  Together, they have come up with this delicious range of (ACTUALLY TASTY) elixirs that are so versatile and contain a host of herbs, spices, and natural ingredients that have been shown to improve health and wellbeing … without the horrendous price tag! If that weren’t good enough, you can feel good about your purchase, with 10% of all their profits going to a worthy cause each year … spreading love to those could do with it most!

My current fave in the range is their vanilla elixir,which is perhaps one of the most versatile products in my pantry. I use it daily – whether it’s adding a spoonful to a cup of hot milk, a smoothie, my morning oats, sprinkled over coconut yoghurt or as an ingredient in one of my desserts. This sweet treat is sugar free, with the perfect tonic amount to make my body zing! Check out the super clean ingredient list below, and read on to see how these can help relieve symptoms of IBS:

Although the humble vanilla bean is commonly used to make flavouring, it is also a prominent ingredient in many traditional medicines. For centuries, people have been consuming vanilla to treat intestinal gas (yup, good ol’ farts). Because natural vanilla can be super pricey (google it and pass out!), lab-produced vanillin is often used as a substitute. Buyer beware: lab-created substitutes do not offer the same health benefits as the real stuff! Thankfully, the vanilla used in this product is nothingbut good old vanilla bean – zero colorants, fillers, diluting agents, or preservatives.

Vanilla has been found to have anti-inflammatory properties, and has been particularly studied with regards to treating inflammation of the liver. Vanilla-infused tea has also been used to soothe inflammation in the gut and prevent vomiting, diarrhea, cramping and stomach upset. It doesn’t just stop here though … there a number of ways that vanilla has been used throughout history to optimise digestive function.

If you’ve smelt vanilla before, you know it’s glorious. There’s a reason it’s a common ingredient in many exxy perfumes. But get this: the scent of this herb has actually been known to calm feeling of nausea, and is occasionally used as a complimentary therapy to those undergoing chemotherapy.

Cacao beans (the natural bean from which chocolate is made) contain natural substances called flavanols. These flavanols are not easily absorbed by the small intestine, so they travel through to the large intestine, or bowel. Here they can be used for food by bacteria living in our gut. While we tend to associate bacteria with being sick, the resident bacteria in our gut are actually our mates. They’re the probiotics that keep our digestive system functioning well. There has been some research to prove that our little bacterial buddies quite enjoy the chocolatey taste of cacao beans just as much as we do!

A recent studyhas found the consumption of higher amounts of cacao flavanols led to higher amounts of probiotic bacteria in the faeces (poop) of 22 adult subjects. Researchers found significantly larger bifidobacterial and lactobacilli populations (the good guys), but significantly decreased clostridia counts (the bad guys). As if this weren’t good enough, it appeared that cacao flavanols reduced the presence of inflammation … so double whammy!

The luo han guo fruit and its extract is popular in TCM and is slowly gaining recognition in the West because of its potential health benefits. Also known as “Buddha fruit” or “monk fruit”, luo han guo is a very sweet and round dried fruit typically grown in southern Chinese provinces. This fruit, about the size of a large lemon, has a thin brown hard shell that holds multiple seeds. Because of its sweetness, luo han guo (Monk fruit) sweeteners are available in some health food stores as a stevia and/or sugar alternative.

Because luo han guo doesn’t contain calories, carbs, or fat, it may be useful for those keeping an eye on their weight. A 2011 study revealed that when luo han guo was used in TCM to make hot drinks, it reduced phlegm and alleviated symptoms of a sore throat. This may be due to an anti-inflammatory effect of the mogrosides, which are the natural compounds responsible for making the fruit so sweet! These same anti-inflammatory effects may also explain why this fruit has been found to relieve tummy upset and symptoms of IBS.

So what are you waiting for … check out the Made with Raw Love website to have a snoop at their range and see how you can start adding some herbs and spices into your diet.